Amith Kutti was among the 28 participants at the recently-concluded Virtual Racing Championship, organised by Volkswagen Motosport India

It does not come as a surprise when Amith Kutti says he intends to pursue a career in motorsport. The 17-year-old student of Chennai’s Don Bosco High School was announced the winner of Virtual Racing Championship, an online racing event wherein sim racers, as they are called, are scrutinised for their driving skills and their ability to stay focused while racing, in a virtual environment.

Organised by Volkswagen Motosport India, the inaugural edition saw 28 participants competing in 12 races held at five international tracks — Imola Circuit, Monza Circuit and ACI Vallelunga Circuit in Italy, Nürburgring and Spa in Germany — that were virtually simulated, in a bid to recreate the ‘thrilling’ atmosphere that is normally associated with the sport.

Though the eSports ecosystem may not be as widely popular in India unlike the West, it has certainly become a microcosm of sorts, agrees Amith.

“When something like this [Virtual Racing Championship] comes from a giant brand, it is great to see that they are doing something ambitious in a country like ours, where eSports is unheard of,” says Amith.

Racing games can be broadly classified into two categories: arcade games that primarily cater to a wider audience, and sim (simulated) racing, a niche category where everything is simulated to mirror real life. Amith has quite a bit of experience in the second category, having also taken part in Indian eRacing Championship. 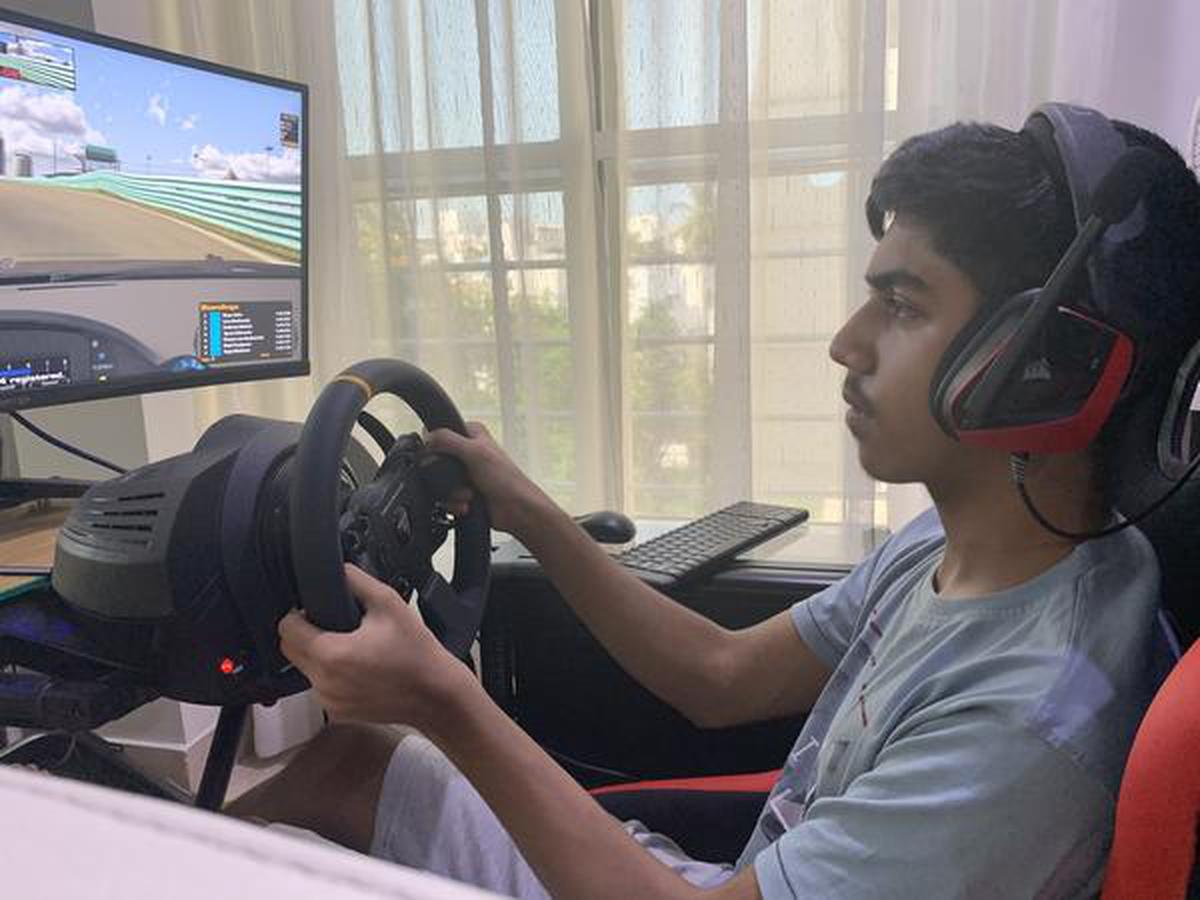 But racing for the aforementioned championship was entirely a new experience for Amith, “There are different modules in different games. However, this was probably the first time we saw someone implementing an e-race of this scale. It gave us a sense of how the real-world racing would look and feel,” he says, adding that he set up a workstation at home, with racing accessories such as steering wheel and pedals.

With the cars and race tracks designed and simulated by Volkswagen, the format of the event had three races, with a duration of 30 minutes for the first two, and 40 for the final race.

The catch? The first two do not count, “Even if you have performed really well in the first two races, your score gets cancelled when you move to the third,” he adds. This is also a disadvantage, in the sense that if you have finished first in Race 2, you will have to start from the 12th position, while the person who finished last will start from the first.

Amith, however, was 50 points ahead of Mumbai’s Aaroh Ravindra who finished second. “I thought if I could replicate my previous performances, maybe I could pull it off.” That he did, by securing the top place with 492 points.

He admits that e-racing requires considerable amount of focus. “In a virtual setting, there a lot of distractions. By the time you finish the race, it feels like an eternity. Sim racers find it really hard to maintain focus. Even a small mistake will result in a snowball effect,” he says. Amith now gets a sponsored drive of ₹1 million in the upcoming Volkswagen Polo Championship 2021.

His goal is to pursue Aeronautical engineering. “Motorsport isn’t an easy career decision and there are a lot of factors you need to consider, like finance and health. My performances at these e-racing events have helped me understand where I stand today.”

You have reached your limit for free articles this month.

Find mobile-friendly version of articles from the day’s newspaper in one easy-to-read list.

Enjoy reading as many articles as you wish without any limitations.

A select list of articles that match your interests and tastes.

Move smoothly between articles as our pages load instantly.

A one-stop-shop for seeing the latest updates, and managing your preferences.

We brief you on the latest and most important developments, three times a day.

*Our Digital Subscription plans do not currently include the e-paper, crossword and print.

ICC ‘Player of the Month’: Ashwin, Root, Mayers in contention among men

How Akshar became Axar — and turned from pace to spin

Vote for Sportstar Aces Awards 2021 Giants of the Decade Special

India vs England | Rohit has proved himself in tougher home conditions